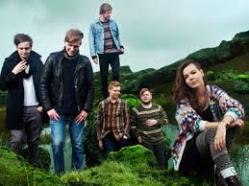 Background: Of Monsters and Men is an indie pop//folk sextet from Iceland. They won the country’s battle of the bands and have gained prominence in the US since the release of this their debut album. They get compared a lot to the Lumineers and Edward Sharpe…ironic that I’m listening to all of them in the same week! Their single little talks became popular as a result of a philly radio station playing it a couple of times, which got them national attention. I’m listening to this band because, along with the two mentioned previously, they’re going to be at bonnaroo!

Overall favorite song: I think it’s probably mountain sound, solely because of the killer call and response vocals. there’s a lot of close seconds, but none can match the awesomeness of that sound.

Favorite new song: king and lionheart. Really love the subtle male voice accompanying the woman soloist on the choruses of this song. Also really love the play on words in the title (King Richard, the lionheart? They’re both kings? Haha). Love love love. Wow, such a change from many of the earlier songs on this album. It’s sparser, mostly just vocals and an acoustic guitar with a little percussive vibraphone (I think?) on the verses. It’s such a good song about unrequited love that the lyrics are almost painful to hear. Yellow light. I really love the instrumental at the end. Elsewhere, there’s  good lyrics and vocals, but the instrumental is what makes it.

Favorite song I’ve heard before:  mountain sound. I had no idea that this song (which I’ve heard multiple times) was by this band! The call and response vocals, coupled with the 2/4 clapping, make it literally impossible to listen to this without wanting to dance. Little talks. Such a catchy song, no wonder it’s been all over tv and such! The bright horn that carries the chorus, the back and forth duet style…I think it’d be difficult for anyone to dislike this song.

Song I’ll delete immediately: your bones. Not terrible, just a little subpar compared to the rest of the album. Six weeks. Ditto on above. 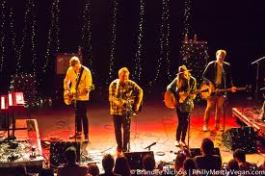 General notes: I already really enjoy this album. However, I think I’m going to fall more in love with it as I keep listening. It’s like bon iver’s second album: I liked it when I first heard it, but I knew I’d fall more in love the more I listened. Rich vocal harmonies, a strong rhythm section, talented and unique-sounding vocalists, and lovely trumpet overtones throughout combine to create a whole that is greater than the sum of its parts.

It’s interesting to hear that this band is often compared to Edward Sharpe and the Lumineers. Though I can definitely see the similarity (female and male voices, indie genre, rich and layered instrumentation), this band leans more towards indie pop, while keeping the folk elements in some songs. Whereas the other two lean more towards indie-folk, and retain elements of pop that still allow them to produce commercially viable songs.

Album rating: 3.5/5. Certain songs immediately appealed to me, based on their opulent sound quality and their reliance on a strong rhythm section. However, all the songs on this album are well thought out, catchy, and honestly just fun. I love when I can tell a band is having fun in their recordings, and I definitely hear that on this album. And honestly, just SUPER excited to see them at bonnaroo!!

Quoteable lyrics: “I heard them calling in the distance / So I packed my things and ran / Far away from all the trouble / I had caused with my two hands” –Mountain Sound

“And as the world comes to an end / I’ll be here to hold your hand / ‘Cause you’re my king and I’m your lionheart.” –King and Lionheart

“I’m letting go, but I’ve never felt better / Passing by all the monsters in my head” –Slow and Steady

“The waves that hit his face / Marked the past / And the furrows on his skin, / Oh how time goes fast. / And we are far from home but we’re so happy.” –From Finner

“And these fingertips / Will never run through your skin / And those bright blue eyes / Can only meet mine across the room filled with people that are less important than you.” –Love Love Love